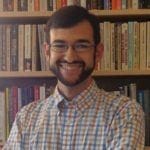 Noah Zaves is a Jewish educator with a passion for logistics and operations. Over the last 14 years, Noah has run programming for schools, congregations, and youth groups across every denomination, often with a focus on activism and justice. He also ran operations for several national Jewish organizations, including the Union for Reform Judaism and Repair the World. Noah traces his success back to 7 years as a camper at Tawonga, followed by 10 summers on staff as counselor, programmer, Program Director and Jewish educator.

Noah graduated from the Hornstein Program at Brandeis University, with a Nonprofit MBA and a second Masters focusing on experiential Jewish education. His favorite research areas are Jewish identity and American Jewish culture, and he loves to lead interactive workshops on those topics for teens and adults. (See more at www.modernjudaism.org) He is a trained facilitator of the “Living the Legacy” curriculum from the Jewish Women’s Archive, and occasionally works as a Jewish songleader.”

Back to Tawonga Alumni Board
Back to Top