While awaiting our 2021 season at Camp, we hope the below offerings help to infuse the Tawonga spirit into your homes!

In addition to these dynamic virtual events, you can also check out recordings of past events below – or take a break from screen time with Tawonga radio.

P.S. Registration is now open to the public for our 2021 season! Explore programs here.

Join any or all of these free monthly virtual Tot Shabbats with Isaac Zones to build community, celebrate Shabbat, sing and dance! These events are best suited for families with children 6 years old and under, but of course, siblings are always welcome. Long-time Tawonga families and those brand-new to the community are all welcome too!

All events will be hosted via Zoom. We will host these events virtually for now and will keep you informed if we can safely move to an in-person model. 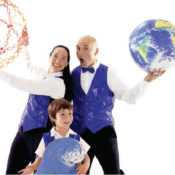 Join us on Sunday, January 24 at 5pm to celebrate the Jewish birthday of the trees with earth-loving musical comedy, juggling & family fun! While this event is best suited for families with children three to ten years old,  your whole family is welcome to join!

If interested, extend the celebration with a free Tu B’Shevat fun pack including wildflower seed balls, juggling scarves and more! Fun packs will be available for contact-free pickup at the PJCC, 800 Foster City Blvd., Thursday, January 21 between 4-6pm. Register here for your kit.

Tap into the Camp spirit and take a break from screens through Tawonga Radio! Stories below:

📻  From Monotone to the Moon: How One Song Leader Found His Voice: Elan Lavie was a camp song leader who didn’t quite know how to sing. Through sheer determination, he found a way and brought a bunk of 12-year-old boys closer in the process.

📻  Emmett Cooks: From Tawonga Kitchen Staff to Culinary Entrepreneur: When Tawonga’s 2020 summer season was cancelled, Tawonga Lead Cook, Emmett Verba, took a leap of faith. He started “Emmett Cooks,” delivering inventive meals all around the Bay Area. Hear how he got his business off the ground.

📻  Journeys to Tawonga: Ken Kramarz: Former Tawonga Executive Director Ken Kramarz shares how his entire life changed after the summer of 1981 when he worked as a Tawonga Unit Head. “It was a total antidote to everything I had experienced.”

📻  Journeys to Tawonga: Becca Meyer: What made Camp Director Becca Meyer shift from pursuing a PhD in cognitive neuroscience, and studying the brains of mice, to working at Tawonga? Listen to find out!

📻  Journeys to Tawonga: Brenton “Big Fiji” Seeto: How does someone working at a resort halfway around the world in Fiji come to find a home on Tawonga’s summer staff? Listen to find out.

📻  Journeys to Tawonga: Liz Chenok: Liz Chenok survived the embarrassment of showing up at Camp to work her first summer with her entire family in a minivan; now she’s a member of Tawonga’s year-round staff!